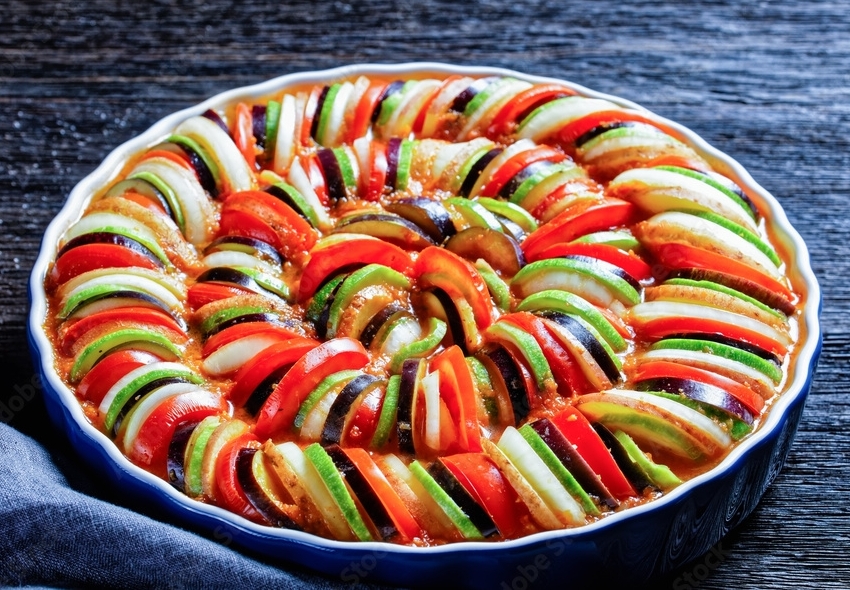 Place eggplant in a colander and toss with a big pinch of salt. Let sit for about 20 minutes, then pat the eggplant dry to remove excess moisture.

In a Dutch oven (or a large pot), heat 1 tablespoon of oil. Add eggplant and season with salt and pepper. Cook until golden all over, about 6 minutes, then remove the eggplant.

Add the remaining tablespoon of oil to the pot. Add onion, bell peppers and bay leaf and cook, stirring occasionally, until onion and peppers are beginning to turn tender, about 5 minutes.

Add tomato paste and stir until it’s fragrant, about 1 minute, then deglaze the pan with the white wine and reduce until most of the liquid has evaporated. Stir in zucchini and cook until tender, about 4 minutes more. Stir in garlic, cherry tomatoes and oregano.

Season mixture with red pepper, salt and pepper and cook, stirring occasionally, until the tomatoes start to break down.

Add the eggplant back to the pot and stir to combine. Garnish with basil and serve warm or at room temperature with baguette. 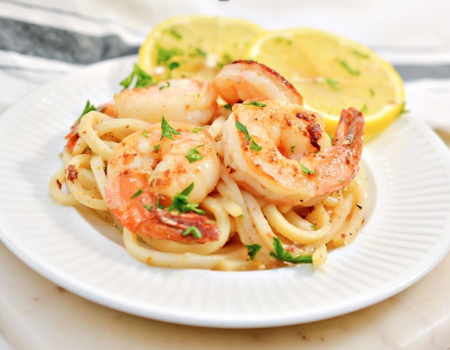 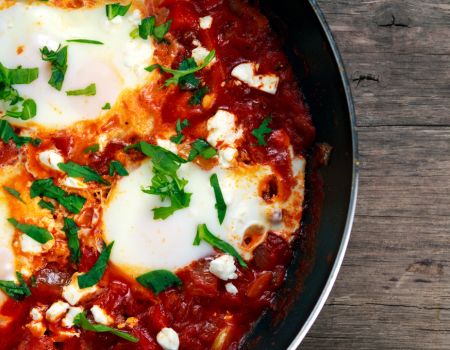